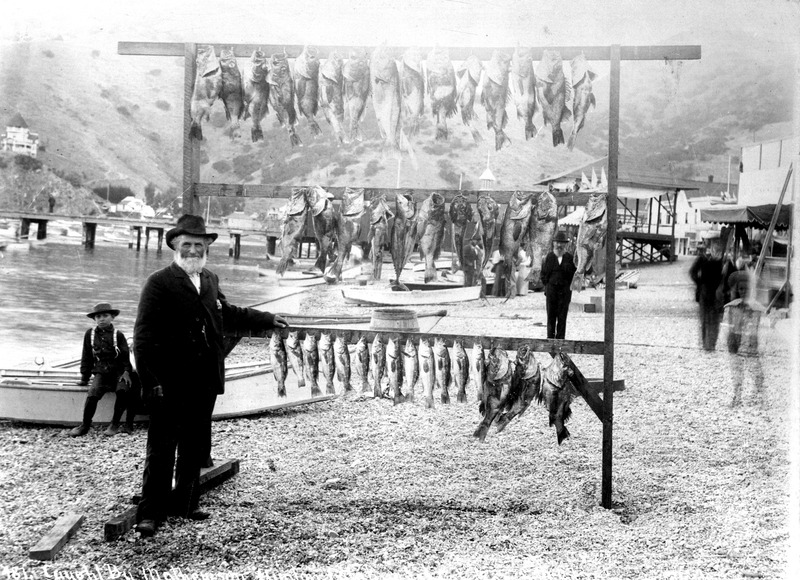 Before 1909, the beachfront in Avalon was packed with fishing boats, glass bottomed boats, row boats and power boats—all competing for space and the attention of tourists. Trophy fish were hanging on large racks to show off the boatmen’s skill, while yesterday’s catch was piled on the sand or thrown into the bay to feed the seals and sea lions (the most notable a massive sea lion by the name of Old Ben). The beach was so devoted to fishing, there was little room for other visitors who wanted to play or relax on the beach. In fact, with all the competition, there had been a nine-year waterfront war during which barbed wire fences had been raised in the bay to keep out competing island charters. Beachfront battles were a common occurrence, and there is documentation of guards turning hoses on passengers as they tried to get ashore (and the passengers throwing rocks back at the guards). To bring peace to the community, the Avalon Freeholder’s Improvement Association was formed in 1909. One of their first tasks was to apply to the War Department to get approval for a pleasure wharf which the Santa Catalina Island Company would build and maintain. This would move the boat rentals off of the beach and into tidy sections along the pier. Permission was granted, and the pier was completed the very same year. In 1913, the City of Avalon was incorporated, and in 1914 the pier was transferred to the City of Avalon for a total of $5.00. Because it was specifically for 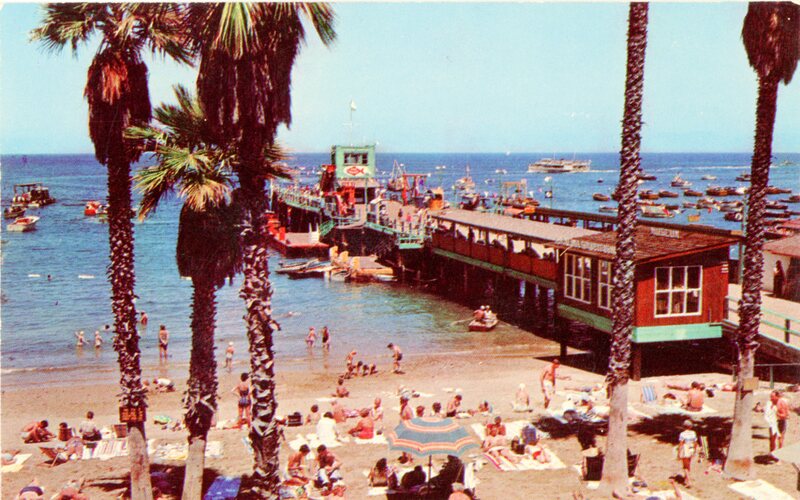 The iconic blue-green color was a favorite of artist Dorothy Shepard who helped design Crescent Avenue and much of Avalon in the 1930s. Because of this, many locals now refer to it simply as the “Green Pier”. 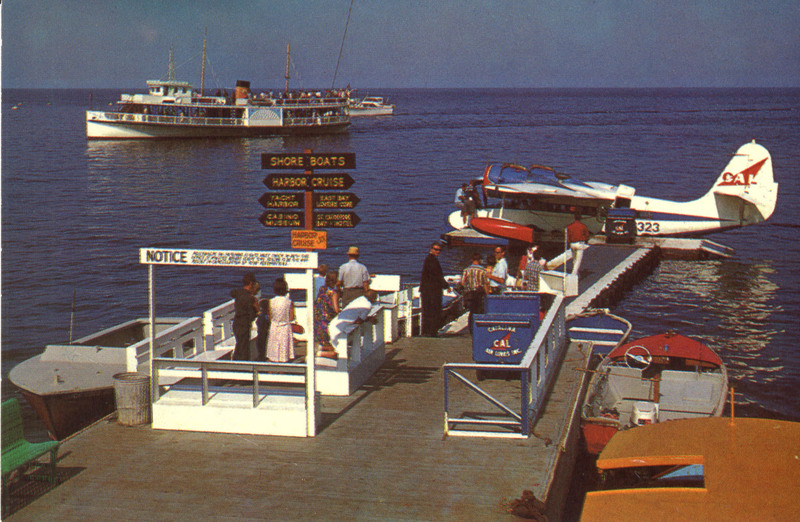 For years the pleasure pier has been Avalon’s official weigh station for sport fishermen, including notable personalities such as Zane Grey, Cecil B. DeMille, Charlie Chaplin and even Winston Churchill. The boat lockers flanked each side of the pier until the late 1940s, and seaplanes landed at the end of the pier in the 1950s and 1960s.

Today the Pleasure Pier stretches out 407 feet into Avalon Bay and is the hub of activity in the city and around the island. Glass bottom boat tours, boat rentals, parasailing, undersea adventures and excursions to Two Harbors all begin at the pier. It also is the office for the Harbormaster, and Catalina Island's Visitor's Bureau, and Chamber of Commerce.