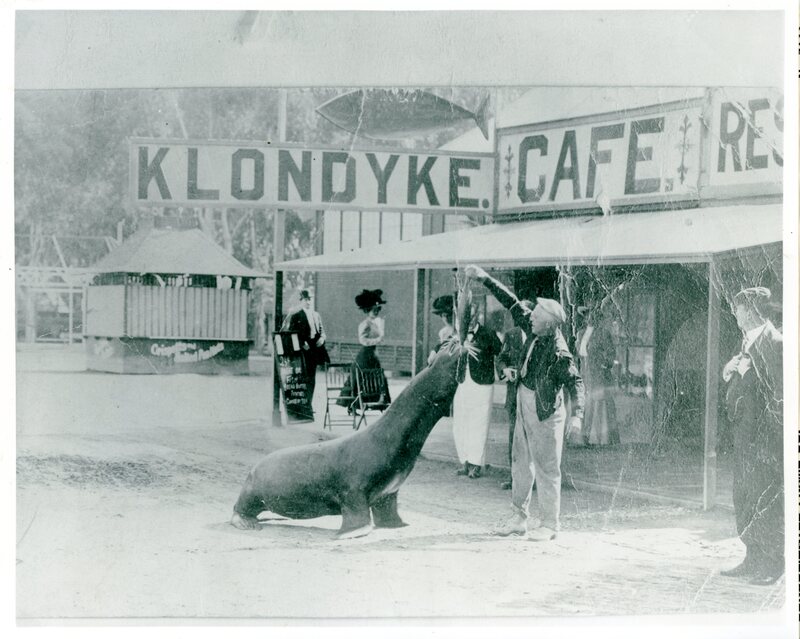 He was the patriarch of a colony of sea lions that was attracted to Avalon by the number of fish dumped in the harbor by local fishermen each day. Known for his intelligence and gentle, yet mischievous demeanor, Old Ben could be seen eating fish right out of one’s hand, following tourists down Crescent Avenue, or sneaking up on boats to splash the passengers and surprise them with his booming voice. He even starred alongside Fatty Arbuckle and Mabel Normand in the 1914 film The Sea Nymphs. For over a quarter of a century, Old Ben entertained the tourists and delighted the townsfolk of Avalon. 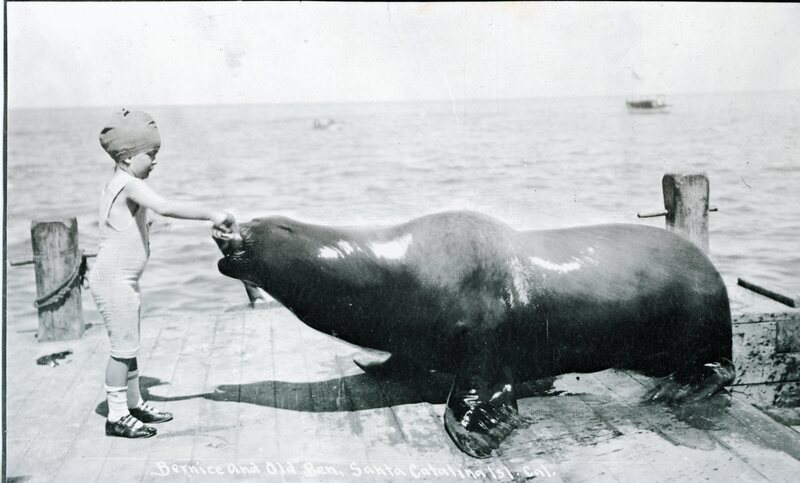 In 1975, Avalon commemorated this treasured personality by unveiling a concrete statue, conceived, produced, and gifted to the people of Avalon by artist Stanley Rosin. The statue was recast in bronze in 1986 and can be found at Old Ben Park. It is rumored that if you rub the statue’s nose as you head to the ferry, you will return again to the magic island of Santa Catalina.