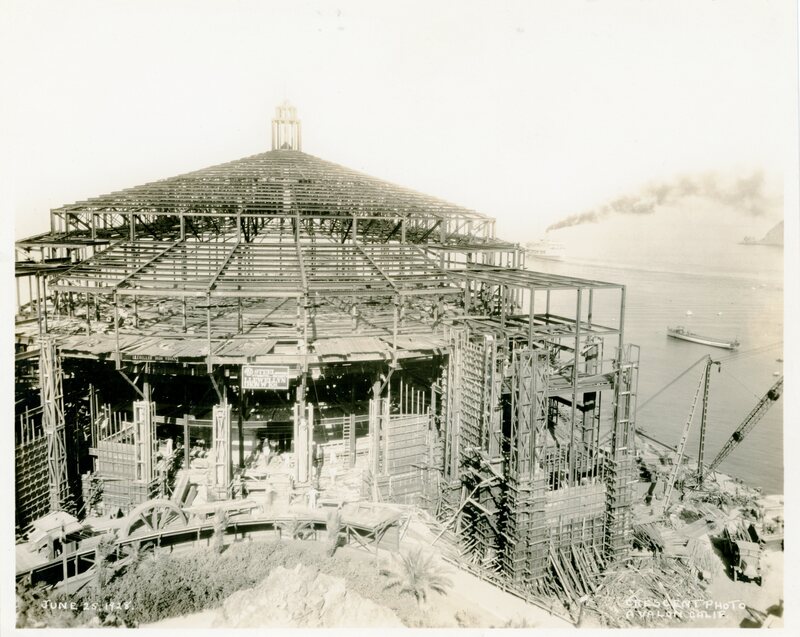 The architecture of the building is loosely identified as “Moorish Alhambra” with Art Deco embellishments throughout both the interior and exterior. The distinctive murals were created by John Gabriel Beckman and depict undersea life and local historical and landscape motifs. 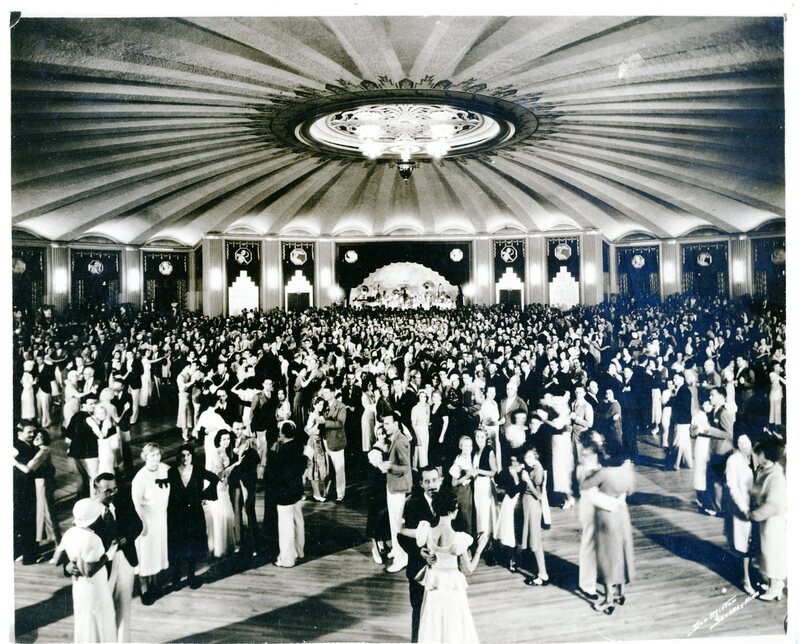 The Casino’s upper level houses the world’s largest uninterrupted circular dance floor—made possible with a cantilever construction that eliminates the need for supporting pillars. In the 1930s and 1940s, big bands played nightly to crowds of up to 3,000 dancers, and many of their performances were broadcast live across the nation. To this day, the Casino ballroom is still a host for concerts, music festivals, the annual Art Deco Ball, and Silent Film Festival.

The lower-level movie theater seats well over 1,000 people and is one of the first to be equipped for both silent and sound motion pictures. As “talkies” continued to gain popularity, the pipe organ, which provided accompaniment and sound effects for the silent pictures, became best known for its pre-show and afternoon concerts. The original 1929 Page Organ is still in working condition to this day. 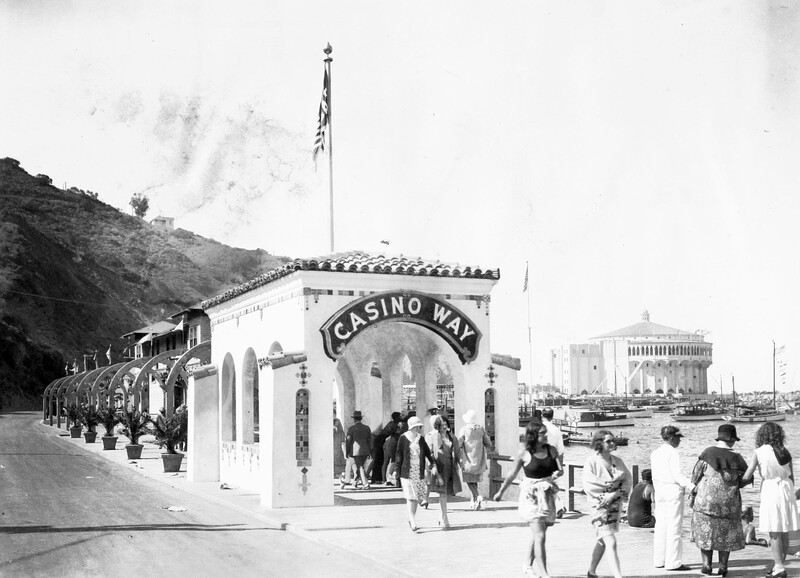 Via Casino Way originally had wooden arches that led visitors down the boardwalk to the casino building. When lit at night, the arches created a romantic ambiance that continued once one entered the building.

The word “casino” is an Italian word meaning gathering place or place of entertainment. There has never been gambling at the Avalon Casino.